Thanks to the modern technology there are many Citizen Science Projects that allow anyone who have a computer and Internet access to participate in real science. Science goes global when scientists need to deal with huge amount of data that require outstanding processing power. The good example of such project is Search for Extraterrestrial Intelligence projectSETI@HOME.

Another case when scientists want to collect some kind of data from many places and this data can be obtained by amateur scientists. For example project that study the Monarch Butterfly Migration.

Third type of the citizen science project - when scientists have data that are abundant and simple to process, but they need many spare eyes to dig through the data volume. Such projects are Stardust and Galaxy Zoo.

This project is running by University of Kansas. It's specifically organized for "citizen-scientists" and especially for children and students who can help to tag butterflys and collect data. The site of the project is rich with information on Monarch Butterfly biology and ecology. Children encouraged to use data they produce and information from the site in their science fair projects.

is looking for intelligent aliens that achieved at least the same level of technology as our civilization in the beginning of the last century. SETI is listening to the space in hope to catch a piece of radio communication that other civilization may use. It's known that in radio waves Earth is much brighter then Sun since 1930th and artificial nature of this waves can be detected now at the distance of ~80 light years. If other civilization uses radio communication in the same way we use it and for the same time or longer we should be able to detect them as well.

SETI@home is a mature project that was launched in 1999. It's the oldest distributed computing project. It allows you to download and install special screen saver program that receives packets of data from the project's server and analyze them using your computer processing power while your machine is idle. The program uses sophisticated analysis algorithm to search trough the data and trying to separate very specific signals from the white noise of interstellar space. Such signals may be result of radio interference caused by our own civilization or may be signs of extraterrestrial intelligent life. By 2004 5 billions (!) candidate signals were filtered out. Scientists believe that it's too early to make a conclusion on the nature of the high score signals and project continues to run, collecting more information and looking for repeating signals.

Your input in this project is only the power of your computer but you can make it into the history of the Mankind if you'll be lucky enough to find THE REAL ET SIGNAL.

How to participate: SETI@HOME have well developed site. You'll need todownload the program. There is well sorted technical information science and more in case you want to do science fair presentation on it. 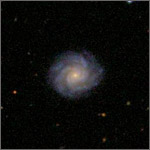 This is a great place to learn a lot about galaxies, their types, find out what happens when 2 galaxies collide and borrow some pictures for your science fair galaxy presentation. This project work on finding out the geometry of our universe. How galaxies are evolving? What happens when two galaxies collide? Is there equal amount of clockwise and counterclockwise spiral galaxies in the all directions in the universe?

How it works? First you going through the crash course of the galaxy classification. It's very simple. You'll learn to distinguish spiral galaxy from elliptical galaxy, galaxy from the star, etc. Then you do the science. 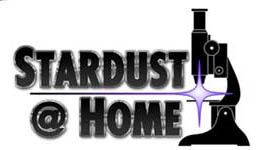 Stardust spacecraft was created to collect and bring back to Earth the particles of interstellar dust, matter that does not originate from our solar system. Particles are trapped in the layer of aerogel - very light gas-like but solid substance. Particles slammed in it and stick to it like flies to the spiderweb.

Scientists are keen to study them. But first they should find them! The collector panel of the spacecraft has an area of 1000 square centimeters. Stardust particles have size of ~1micron (1/1000 of centimeter). Scientists expect to find approximately 45 particles of the stardust (the first stardust particle candidate was extracted from interstellar collector tray on April 11th of 2008).

The project provide you with special tutorial that explains how to tell stardust particle from the artifact or bubble in the collector tray. They also provide you with virtual microscope and photo samples of the aerogel from the interstellar tray.

There are many other citizen science projects that you may find interesting.

Project logotypes displayed on this page are copyright to their respected owners.
Monarch butterfly science project